Things to do in Florence

Well known around the world for its history and extraordinary beauty, Florence is the capital city of the Italian region of Tuscany. It was vastly recognized, during the Middle Ages, as one of the most important centers of European trade and finance and was therefor one of the wealthiest cities of its time. Florence is considered the birthplace of the Renaissance and has earned its nickname as "the Athens of the Middle Ages". Millions of tourists visit Florence each year for its incomparable beauty and history as well as for its artistic and architectural heritage. In Florence tourists can admire legendary masterpieces by the fathers of Italian paining: Donatello, Leonardo da Vinci, Michelangelo, Botticelli, Masaccio and Brunelleschi. More recently the city is making way also as one of the fashion capitals of the world and has been ranked by Forbes as one of the most beautiful cities in the world.
Read more

Skip-the-line tickets for the Uffizi Gallery with audio guide

Book your skip-the-line tickets for the Uffizi Gallery and discover the most famous Renaissance art collection in the world and the museum's incredible temporary exhibitions.

Duration up to
Available in:

Tickets for the Florence Cathedral Complex with access to Brunelleschi's Dome

Visit all the monuments in Florence's Piazza del Duomo with your ticket: the Cathedral, Brunelleschi's Dome, Giotto's Bell Tower and the Baptistery.

Buy your tickets for the Accademia Gallery and skip the line at the entrance. Find out all about the works of art housed inside such as Michelangelo's David.

Book your skip-the-line tickets for the beautiful Boboli Gardens in Florence. Admire the most beautiful porcelain collection in Europe in the Porcelain Museum and enjoy a nice walk in the Bardini Gardens.

Experience the perfect mix of guided tours and autonomous sightseeing while visiting Florence thanks to this hop-on hop-off walking tour service! Discover the Uffizi Gallery, one of the world's most celebrated art galleries, with a private tour.

Tickets to Pitti Palace and museums

Buy your tickets for the Palatine Gallery and the Gallery of Modern Art. Visit Palazzo Pitti, one of the biggest museum complexes in Florence.

Tickets to the Medici Chapels Museum

Book your entrance tickets to the Museum of the Medici Chapels. Admire the treasures of the noble family and visit the Chapel of the Princes and the Lorenese Crypt.

Tickets for the Bargello National Museum

Get all the best information for the Bargello Museum and book your tickets, skipping the line, at official rates. Get informed, plan, book. 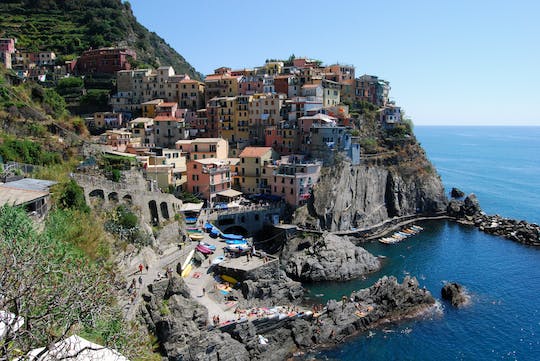 Private tour of Pisa and Cinque Terre from Florence

Explore Pisa and the Cinque Terre from Florence during this private tour. Choose among different options learn more about local traditions and history.

free cancellation
Duration up to 13 hours
Available in: 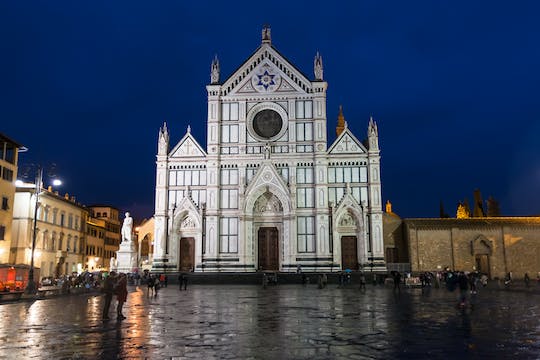 Book a private bike tour of Florence and explore the city from sunset into the night. Discover off-the-beaten-path locations, cycle past Ponte Vecchio and sip a glass of wine at a river beach.

Explore the stunning Chianti region, and learn all about its culture, history and culinary tradition.